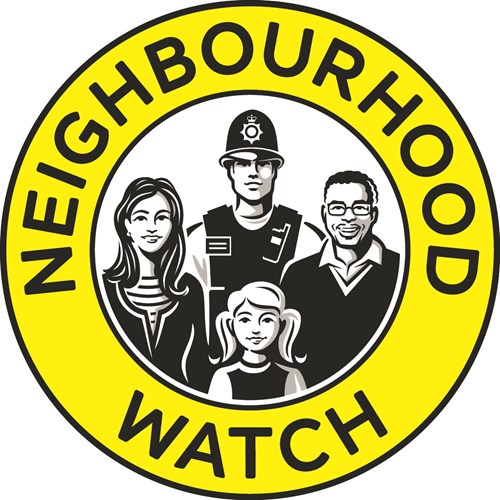 Street harassment is on the rise and is often not an isolated incident. We know the long-term impact can harm mental health and change people’s behaviour. Victims often feel guilty, ashamed, and blame themselves.

Witnessing street harassment and not safely intervening sends the message to those experiencing it that it’s okay and society normalises it. Ongoing acceptance of street harassment contributes to a toxic culture. We want to change this, but we need your help. 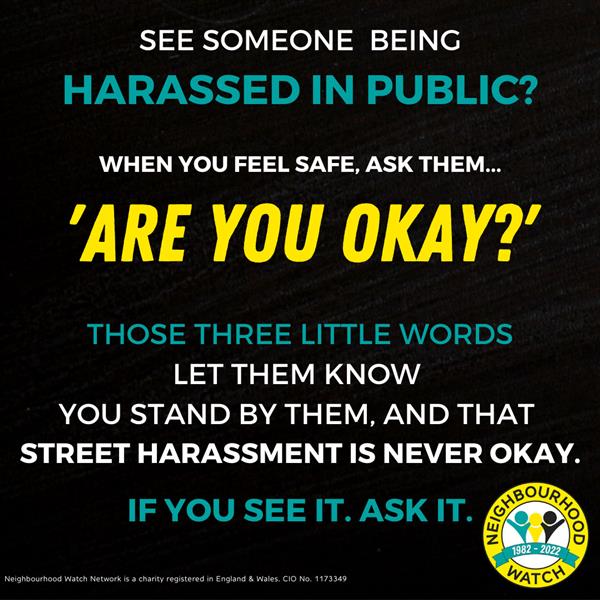 We are launching a campaign that targets bystanders (those who witness street harassment), be those Neighbourhood Watch members or not.

The campaign encourages those who see someone being harassed in public to ask the victim if they are okay when they feel safe doing so. Those three little words let them know that they stand by them and that street harassment is never okay.

‘This simple action is a delay technique and part of the 5Ds of bystander intervention developed by Right to Be. By asking, ‘Are you okay?’ we become active bystanders and send the message that harassment is not okay. There are further actions that people can take, but our campaign focuses on the simplest step everyone can take.’  Deborah Waller, Head of Communications and Digital, Neighbourhood Watch Network

Watch this short video, or learn more about what we mean by street harassment, what else can be done about it, and reporting and support for victims by visiting ourwatch.org.uk/streetharassment.